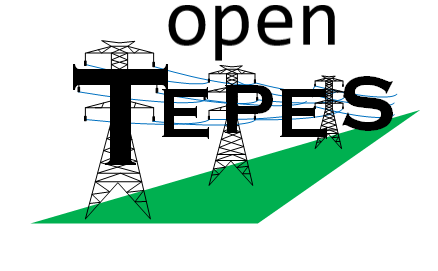 The Open Generation and Transmission Operation and Expansion Planning Model with RES and ESS (openTEPES) determines the investment plans of new facilities (generators, ESS and lines) for supplying the forecasted demand at minimum cost. Tactical planning is concerned with time horizons of 10-20 years. Its objective is to evaluate the future generation, storage and network needs. The main results are the guidelines for the future structure of the generation and transmission systems.

The openTEPES model presents a decision support system for defining the generation and transmission expansion plan of a large-scale electric system at a tactical level, defined as a set of generation and network investment decisions for future years. The candidate generators, ESS and lines are pre-defined by the user, so the model determines the optimal decisions among those specified by the user.

It represents hierarchically the different time scopes to take decisions in an electric system:

This time division allows a flexible representation of the periods for evaluating the system operation. For example, by a set of non-chronological isolated snapshots or by 2920 periods of three hours or by the 8760 hours of the year.

The model formulates an optimization problem including generation and network binary investment decisions and operation decisions.

The operation model is a network constrained unit commitment (NCUC) based on a tight and compact network unit commitment (UC) model including operating reserves with a DC power flow (DCPF). Network ohmic losses are considered proportional to the line flow. It considers different energy storage systems (ESS), e.g., pumped-storage hydro, battery, etc. It allows analyzing the trade-off between the investment in generation/transmission and the use of storage capacity.

The main results of the model can be structured in these topics:

A careful implementation has been done to avoid numerical problems by scaling parameters, variables and equations of the optimization problem alowing the model to be used for large-scale cases.

This model is currently being used in the European research project:

The Open ENergy TRansition ANalyses for a low-carbon Economy (openENTRANCE), developed for the European Union, aims at developing, using and disseminating an open, transparent and integrated modelling platform for assessing low-carbon transition pathways in Europe.